Getting passed over for a position stings, but asking for feedback after a job rejection can at least help you improve for your next opportunity.

There’s a right and wrong way to ask for interview feedback. We’ll explain how to do it professionally so you can gain constructive criticism to help you in your job search.

Should you ask for feedback after getting rejected for a job?

If you get rejected for a job, should you ask why? The answer is, absolutely!

You invested a lot of time finding the opening, compiling your application materials, and preparing for the interview, so it only makes sense to learn as much as possible about where your efforts may have fallen short.

Though asking for interview feedback is appropriate, not many candidates do it. Doing so might be the thing that makes you stick out in a hiring manager’s mind for a future opportunity.

Why ask for feedback after an interview?

Asking for feedback after you’ve been rejected for a job might seem like a strange thing to do. After all, they’ve made it clear they’re not interested in hiring you. Your first instinct might be to walk away and never look back. But this would be a missed opportunity to gain objective insights into your interviewing skills and strengths as a candidate.

It might be awkward to ask for this kind of feedback in your personal life (like asking, “where did I go wrong?” after a bad first date). In the professional world, however, it’s actually a normal practice, especially for more junior candidates. Here are some ways you can benefit from asking.

Asking for interview feedback can help you understand why you were passed over like if you lacked key credentials or they had an internal candidate with more background experience. Or, perhaps your rejection was more related to your interviewing skills, like being nervous or flubbing the answer to an important question.

Identifying these weaknesses tells you where to focus your efforts to become a more appealing candidate for similar roles.

It’s possible you made a faux pas that you were completely unaware of, like wearing inappropriate interview attire or asking about money too early in the conversation. If a hiring manager is gracious enough to share their feedback on these mistakes, you can ensure they don’t happen again.

Dress for success and follow these tips on what to wear to an interview!

It’s never fun to get rejected, whether in your job search or any other aspect of life. Understanding the reasoning behind a rejection, however, can give you perspective and help you move forward without feelings of bitterness.

You might even discover that they thought you were an excellent candidate, but someone else came in with just a tiny bit of an edge. Even this is helpful intel to give you a better idea of the competition for the job you want.

When to ask for interview feedback

It’s best to ask for interview feedback soon after receiving a rejection when the hiring manager still remembers you clearly.

If they call you to break the news that you didn’t get the job, you can ask them right then and there on the phone. If they deliver the news via email, include your request for feedback in your response to their message. We’ll talk more about how to ask next.

How to ask for feedback after a job rejection

1. Begin with a thank you

Start out by communicating your sincere thanks for the opportunity to interview. Maintaining a courteous tone is a must to pave the way for obtaining useful feedback.

Don’t beat around the bush. Phrase your answer directly with an open-ended question like “is there anything that could have made me a stronger candidate?” This lets the hiring manager take the lead on how much or how little they want to share with you about their decision.

Not every hiring manager is willing to provide individual feedback to candidates. They might not have the time or might shy away from it for legal reasons. Be open to the possibility of not getting the specific feedback you’re looking for. If they decline or sidestep your first request, don’t push further for a response.

If it feels appropriate, close out your conversation by asking the hiring manager to consider you for other positions that might be a good fit in the future. This works well if their feedback indicates you slightly missed the mark but were otherwise a strong candidate.

When you receive interview feedback, write it down so you can return to it later. If you’re interviewing for many jobs, you might even create a job search log to help you keep track of your interview follow-up and any responses you get. This will be helpful to look back on in the future as you work to develop new skills and strengths.

Get into the practice of always asking for feedback after a job interview. It might feel funny at first, but it gets easier with practice like anything else. More feedback also means more opportunities to refine how you present yourself in interviews.

Preparation is the key to a successful interview, so check out these sample interview questions and answers to impress the hiring manager.

This is a conversation you can’t approach from an emotional vantage point. You need to be able to accept the rejection professionally and take the feedback the hiring manager gives you–even if it’s critical–without getting upset. If you don’t think this is something you’ll be able to do, it’s best not to broach the subject of feedback.

Remember that the hiring manager is not obligated to give you feedback of any kind. In fact, some companies have a policy against it, so it won’t serve you to be aggressive in your request. If they do offer feedback, consider it a professional courtesy.

3. Argue with their reasoning

This is not the time to try to change the hiring manager’s mind about their decision. Listen to their feedback and take notes to review later, but don’t object to their statements or try to argue in your favor.

Example email to ask for feedback after a job rejection

Thank you for letting me know about your decision. I appreciate you taking the time to interview me. It was a pleasure learning more about your company.

If you’re open to providing feedback, I would greatly appreciate your input on how I could become a stronger candidate.

I am still very interested in working at Raycorp, so please keep me in mind for any future positions that may be a good fit.

This example email could easily be adjusted to work as a verbal script on a phone call.

Keep your message concise and professional. You may or may not hear back, but at least by asking, you know you’ve done everything in your power to make the most of the interview opportunity and continue to learn and grow as a candidate. 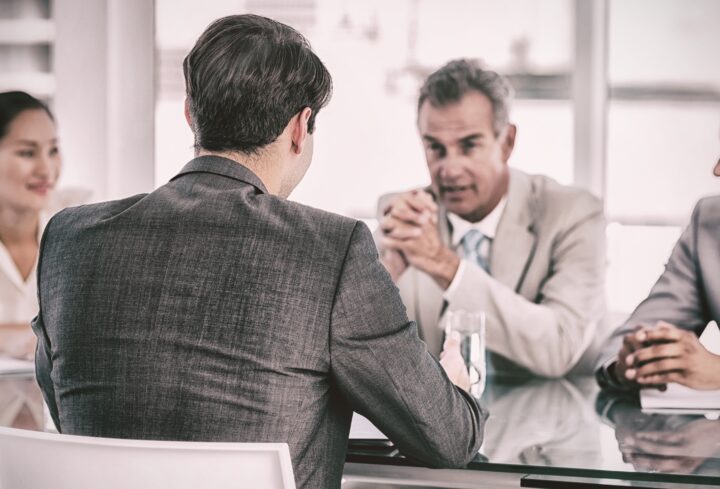 Pete Newsome is the founder of zengig, which he created after spending two decades in staffing and recruiting. He’s also the founder of 4 Corner Resources, the nationally acclaimed and award-winning staffing and recruiting firm he started out of a home office in 2005. Pete’s primary mission back then was the same as it is today: to do business in a personal way; with a commitment to zengig becoming the most comprehensive source of expert advice, tools, and resources for career growth and happiness. When he’s not in the office or spending time with his family of six, you can find Pete sharing his career knowledge and expertise through public speaking, writing, and as the host of the Finding Career Zen & Hire Calling podcasts.
Share this ArticleLike this article? Email it to a friend!
Email sent!